The backwardness of Student Governance has always amazed me. An officer being absent half of her meetings is not grounds for removal because some one in the audience yells “Due Process!!!” while rolling of the eyes can be the gravest of all sins. Hermetas was recently hired to defend a President against such nonsense. For more specifics follow this link: lmcexperience.com/news/2015/02/26/sanction-under-way/.The full opinion is below and signed in PDF form here:SanctonsatMedanosCollege.final.signed.

I am Aaron Taggert, Executive Member of the California State Associatio

Deficiencies of the Letter

Incorrect use of “boards’”

While trivial, the apostrophe should be between the ‘d’ and the ‘s’. The Bylaws don’t define the board so I’ll assume the twelve members of LMCAS. President Walker is a member of the ‘board’ so a Letter to him about what has come before the “board’s” attention is rather redundant.

The Letter makes claims about President Walker’s professionalism. Merriam-Webster defines professionalism as “”the skill, good judgment, and polite behavior that is expected from a person who is trained to do a job well”. The Letter does not state the specific occasions of unprofessionalism but does generally refer to “[t]he tone of voice, facial expressions

given, or even[missing comma] rolling of the eyes” as having ‘been noticed’. Since there is no evidence thereof these claims should be ignored as baseless

The Letter is riddled with unprofessionalism. It contains grammar unfit for a student of college level never mind four students of college level. Spelling, structure, spacing, capitalization, etc, are all incorrectly used. The Letter contains nearly incomprehensible language, such as, “… the Board is asking that you be sanction….” [sic]. President Walker is never referred to properly by title in the body of the Letter but is referred to directly as “you”, “your”, and “yourself”.

I shall assume the four ‘signatories’ of the Letter represented the above ‘official’ actions to the Experience. Only the President may represent LMCAS and its official actions. Bylaw VI E “1. The President shall be the Chief Executive Officer an 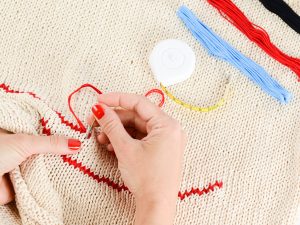 d the official representative of the LMCAS.” Furthermore official action of LMCAS is action authorized at a properly agendized meeting. Official action requires a main motion and a passing vote. President Walker is required “[t]o protect the assembly from obviously dilatory motions by refusing to recognize them (39)” and to “authenticate by his… signature… all acts, orders, and proceedings of…” LMCAS. — RONR pg 450.

The Letter, itself, misrepresents public members, students, the ‘Board’ and possibly the four signatori

es. No actions of any group are valid without authority, somewhere, granted by a majority vote. The actions of the signatories in the Letter should be considered null and void due to a lack of authority. The signatories should be advised against proceeding unofficially as doing so may violate the Brown Act, the penalty for which is a misdemeanor.

The Experience reads “I do question the true purpose of the ‘unprofessionalism’ charge. Where do we draw the line at what constitutes as unprofessional? Sneezing without saying ‘excuse me’? Yelling or berating an individual? Or worse? This is a decision for your board, personally for my senate, I wouldn’t be using time for a sanction on tones of voice, facial expressions, or eye-rolling,” said Joshua Pinaula, Santa Rosa Junior College AS president. — http://lmcexperience.com/news/2015/02/26/sanction-under-way/#sthash.F0PgDRo0.dpuf

If LMCAS is going to hold such high standards and split such small hairs the entire board should resign and allow me and a few of my friends to govern as we are likely the few who can accomplish anything under such nonsensical terms. Until then it is recommended that only substansial violations of RONR and the following be grounds for removal of the President:

It is clear that members of the ‘Board’ are meeting outside of the public light. Serial meetings are clearly prohibited. The ‘Board’ is advised to seek training in the Brown Act and its application to LMCAS and members thereof.

For all sanction votes, a 2/3 majority is required to pass.

The Bylaws of LMCA are very poorly written and should, perhaps, be sanctioned themselves. Section A of Bylaw VII lists causes for ‘Sanction’. While Section B of that same Bylaw provides for allowable sanctions. Nothing within the Bylaws specifies the process i.e. how sanctions are charged and tried.

Therefore we must turn to RONR Pages 643 et seq “If there is an article on discipline in the bylaws, it may specify a number of offenses outside meetings for which these penalties can be imposed on a member… Formal disciplinary procedures should generally be regarded as a drastic step reserved for serious situations or those potentially so… It is usually in the best interests of the organization first to make every effort to obtain a satisfactory solution of the matter quietly and informally.”

Since officers serve a specified term (i.e. one year) RONR Pages 654 et seq are the controlling authority: “an officer can be removed from office only for cause — that is, neglect of duty in office or misconduct — in accordance with the procedures described in 63; that is, an investigating committee must be appointed, charges must be preferred, and a formal trial must be held.

It is a testament to President Walker that any of these actions have been entertained at all. The actions of the four ‘signatories’ are clearly dilatory as they do not follow correct procedure.

It should be noted that RONR says that removal should be reserved for serious offenses. Even if the actions of President walker are true are they serious? And, if serious are not all the officers guilty as well? Could not the four ‘signatories’ have be charged with the same as they claim against President Walker as they have misrepresented LMCAS by purporting to have issued official notice and have acted unprofessionally?

All interested parties are referred to Chapter XX RONR to further understand Disciplinary Procedures. President Walker should rule as dilatory any incorrect attempt to remove officers.